The Japanese Bombardment of Ellwood

It was a pleasant evening on the coast of Goleta, it was February 23 1942, the skies were clear and the breeze was gentle but just after 7pm our small town history changed forever.  It was nearly 70 days after the attack on Pearl Harbor when a Japanese I-17 long range submarine   appeared off the coast of Ellwood at the Barnsdall-Rio Grande Oil Field,   todays Sandpiper Golf Course.  The I-17, armed with a 5.5 inch deck gun, was commanded by the Japanese Captain Kozo Nishino and as the sun began setting he ordered his deck gun cleared for action.  The crew took aim at the Richfield aviation fuel tank just beyond the beach. The Japanese opened fire about 15 minutes later, the first rounds landing near a storage facility. The oil field’s workmen had mostly returned home, but a skeleton crew on duty heard the rounds hit. They took it to be an internal explosion, until one man spotted the I-17 in the distance. An oiler named G. Brown later told reporters that the enemy  submarine looked so big to him he thought it must be a destroyer, until he realized that just one gun was firing.  Nishino soon ordered his men to aim at the second storage tank. Brown and the others called the police as the Japanese shells continued to fall around them.  Firing in the dark on a submarine  buffeted by waves many rounds missed their targets. 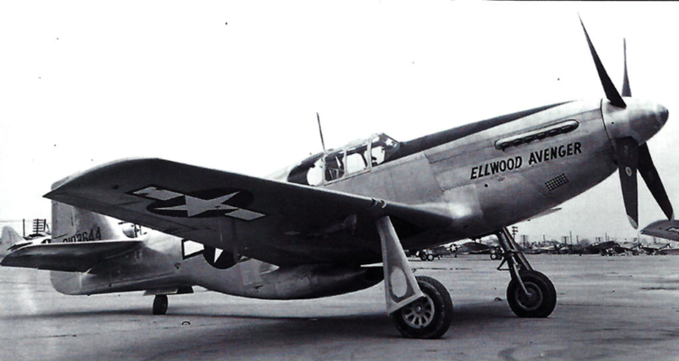 One round passed over Wheeler’s Inn, whose owner Laurence Wheeler promptly called the Santa     Barbara County Sheriff’s Office.  A deputy sheriff assured him that warplanes were already on their way, but none ever arrived.

J.J. Hollister III was a 10-year-old boy listening to President Franklin D.  Roosevelt’s “fireside chat” when he was startled by the thunder of a distant cannon.  “In a moment or two we heard a whistling noise and a thump as a projectile hit near the house,” Hollister  remembers. The family  scrambled outside their home in Winchester Canyon and saw bright flashes near an oil field on the shore. Some shots were   followed by “an eerie whistling and caterwauling,” Hollister said. “It was a sickening sound.” The   Japanese shells destroyed a derrick and a pump house, while the Ellwood Pier and a catwalk suffered minor damage. After 20 minutes, the  gunners ceased fire.  As the submarine departed,  Nishino radioed Tokyo and reported that he had left the area in flames.  Estimates of the number of 5.5 inch explosive shells fired ranged from a minimum of 12 to as many as 26. Even though he caused only light damage, Nishino had achieved his purpose, which was to spread fear along the American west coast. 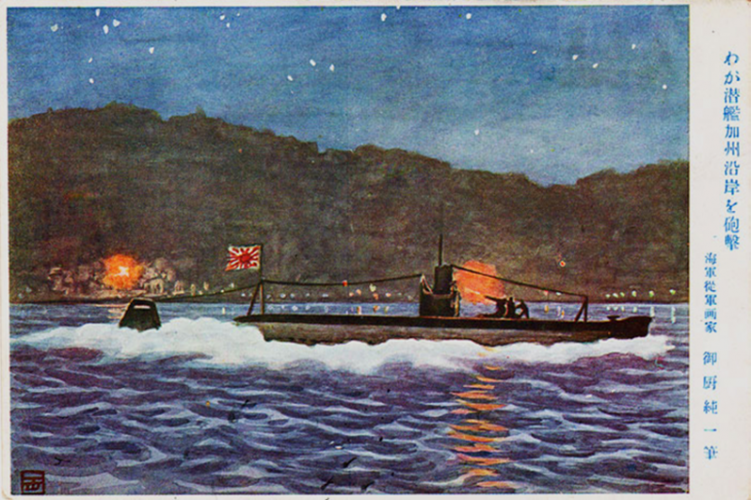 Americans became very indignant that the Japanese would attack our homeland.  This being the first  attack on American soil since 1812 and the very first attack on the west coast.  National savings bonds were collected to fund a bomber plane and fighter plane named the “Flying Santa Barbaran” and a P51 Mustang the “Ellwood Avenger.”  Unfortunately, the “Flying Santa Barbaran” bomber was never built, and the “Ellwood Avenger” never left the USA for combat but instead served as a training aircraft and is believed to have been assigned to 337th Base Unit at Venice AAB, Florida.  The Japanese on the other hand considered it a great victory and printed special commemorative postcards depicting the American coastline set afire in an   attempt to raise morale. 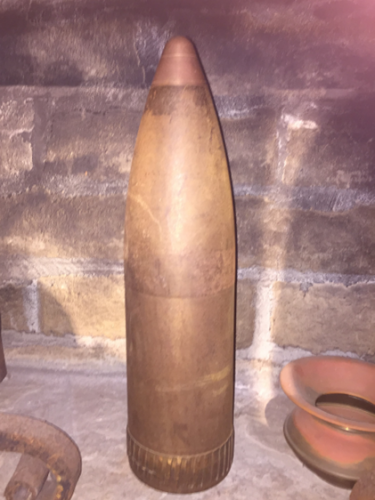 The bombardment left Ellwood with several craters on the coastal ranchlands, some large enough to fit an Army jeep.  There was one of the shells that was fired which did not explode and was recovered at Silsby Spalding’s Tecolote Ranch in Winchester Canyon.  They contacted the US Army and the Army confiscated the munition and took it to  Aberdeen, Maryland for further study.

After  several years and many communications with the Army they defused the shell and returned it to the Spalding family where it had become a family  heirloom.  Godwin and Deborah Pelissero have since donated the shell to the Carriage and Western Art Museum of Santa Barbara.  We are currently building a new display case where the shell will be highlighted for all patrons to appreciate.