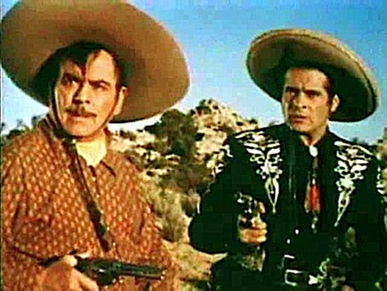 The Cisco Kid is a fictional character found in numerous film, radio, television and comic book series.  The Cisco Kid was based on the fictional Western character created by O. Henry in his 1907 short story “The Caballero’s Way”, published in the collection Heart of the West, as well as in Everybody’s Magazine, v17, July 1907.  In films, radio and television, the Kid was depicted as a heroic Mexican caballero.  This   character turned up in silent films and later, in the 1940’s, in a popular radio series; there was even a comic strip that lasted until 1968.

The television series The Cisco Kid aired from 1949 to 1956.  The actor Duncan Renaldo played the part of Cisco.  His trusty sidekick,    Pancho, was played by Leo Carrillo and they made quite a team.  Cisco and Pancho wandered all around the old Southwest, running off bad guys and saving the day for whoever was in need. They were a fun-loving pair. Cisco was a Mexican charmer and Pancho was the guy who was always good for a laugh!

Cisco always wore an all-black outfit with fancy gold embroidery along with his sombrero.  He was very dashing, super charming and all the ladies fell for him. Of course Cisco was dedicated to doing good everywhere, so the most a lady ever got was a kiss before he and Pancho rode off together. 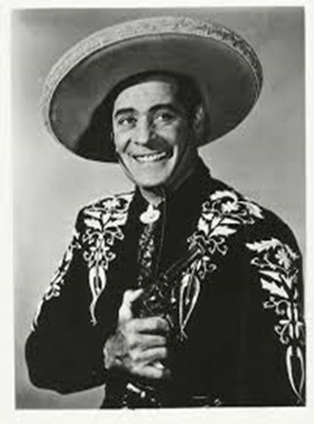 Pancho didn’t speak English very well in the show and you may remember one of his regular lines – “Ceesco! Let’s went!” He was always looking out for Cisco because the local sheriff, or “shereef” as Pancho would say, was usually hot on their trail! This colorful duo performed in 156 episodes on TV and every one of them ended with a corny joke that had something to do with the adventure they just endured.  They would both laugh, and Cisco would say “Oh, Pancho!” and Pancho would say “Oh,   Cisco!” and then they would ride off into the sunset as the credits rolled.

Duncan Renaldo, whose real name was Renault Renaldo Duncan, had a rather colorful history.  Although Duncan’s birth history is a bit muddled it is believed that he was born in Oancea, Romania, April 23, 1904. as Vasile Dumitru Cugheanos, the natural son of  Dumitru and Teodora Cugheanos and raised in Romania as Basil Couyanos.  Renaldo told interviewer Jon  Tuska that he was working as a stoker aboard a  Brazilian ship when he entered the United States on a 90-day seaman’s permit in the early 1920s.  He had become a     merchant sailor at 13 and was stranded in the United States in 1922 when his ship burned at dockside in Baltimore.   Shortly afterward, he got a janitorial job in New York’s old Tec Art movie studio, became a scenery designer and eventually got into producing, writing and acting. 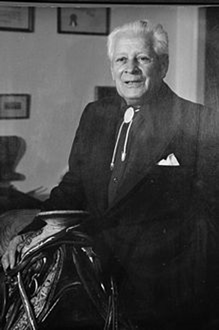 Duncan also tried to make a living as a portrait painter but soon left the portrait artist behind and made his way into producing short films and, eventually, signed a contract with Metro Goldwyn Mayer, better know as MGM, in 1928. Since he looked Hispanic he was usually cast as a Latin lover.  His first solo role was in the 1929 “Trader Horn” and was to become one of the great hits of the 1930s.

Duncan Renaldo, along with Leo Carrillo, also stared together in five full length feature films as Cisco and Pancho from 1947-1949.  Duncan starred in an astounding 164 motion pictures,  playing both hero and villain. He co-starred as one of the Three Musketeers, but retired soon after the end of “The Cisco Kid”      series, his best-known role.  Duncan was awarded a star on the Hollywood Walk of Fame which is located at 1680 Vine Street.  Sadly Duncan passed away from lung cancer at Goleta Valley Community Hospital in 1980, at the age of 76.

We have been very fortunate to acquire on loan, The Cisco Kid’s original outfit worn in all his TV series appearances.  Duncan’s son Richard was generous enough to loan us the outfit, along with a show saddle owned by Duncan.  The complete outfit, including his classic sombrero is on display at the Santa Barbara Carriage and Western Art Museum for all to enjoy.  We also are fortunate to have one of Leo Carrillo’s saddles on display along side the Cisco Kid’s saddle, a fitting touch for two individuals that had spent much of lives together as actors and more importantly as friends. 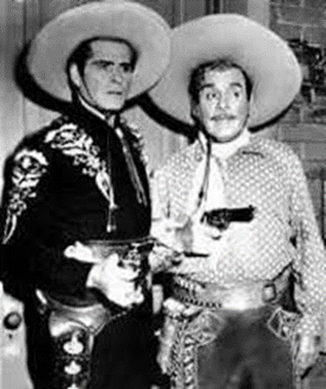 Leo Carrillo was born Leopoldo Antonio Carrillo on August 6th, 1880.  Although he played many different ethnicities in his acting career, Leo was Castilian Spanish and traced his ancestry in Spain to the year 1260.  His great-great grandfather José Raimundo Carrillo, was a soldier in the Spanish Portolá expedition for colonization of Las Californias, arriving in San Diego on July 1, 1769.  His great-grandfather     Carlos Antonio Carrillo  was Governor of Alta California and his great-uncle, José Antonio Carrillo, was a three-time mayor of Los  Angeles. 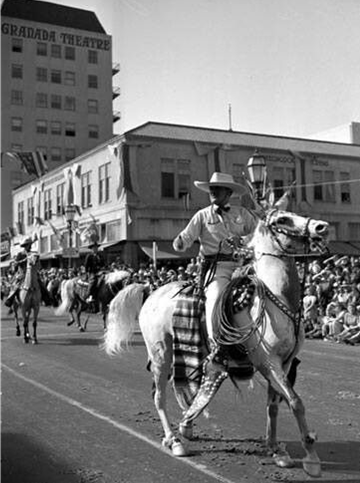 Leo was a very popular figure in American culture during his life time and made many friends in and around Santa Barbara.  A good friend of his was Dwight Murphy, one of the most important citizens in Santa Barbara during the 1920s.  Dwight raised Palomino horses on his Los Prietos Ranch in the Santa Ynez Mountains and the SB Trail Riders often started their treks at his ranch.  One morning before a ride Leo visited one of Murphy’s stalls and was found by Murphy talking to a beautiful Palomino named Ray del los Reyes.  Leo commented on the beauty of the horse and Murphy ask Leo to follow him into a field, there was a yearling grazing in the dewy morning grass.  Dwight asked Leo what he thought of the horse, and mentioned how several prominent individuals asked to purchase the horse.  Leo was taken back and said there was no way he could afford a horse of that stature.  Dwight said I am not selling him to you, I am giving him to you, he belongs with man who is a true Californian with Vaquero blood in his veins.  The horse would be named Conquistador and would be seen in many Fiesta parades over the  following years.  Sadly Leo passed away from cancer in Santa Monica, CA on September 10, 1961 at the age of 81.